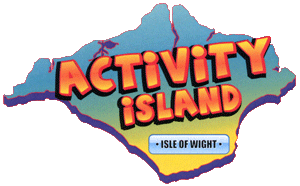 For an hour of fast-paced comedy magic to entertain both students and staff alike, look no further than Greg Chapman’s Magic Show!

A wonderful opportunity for both teachers and students to share laughter and amazement together. Fun and silly magic sit beside clever and visual magic, in a show which Isle of Wight magician Greg says is inspired by a combination of late-Victorian Magicians and growing up watching Paul Daniels!

Greg started performing magic professionally in 2007 when he began touring magic  shows to schools across the north of Italy to help students to learn  English, and at an average of fifteen shows a week  in term time for nearly seven years he had a chance to hone his skills and to discover the joy of entertaining school groups.

Since he stopped touring in Italy, Greg has been busy touring the UK with a combination of theatre shows, arena shows, private shows and school shows.

During the pandemic Greg produced a series of free online shows to keep variety entertainment available to all and, as a result of that,  in the Summer of 2021 Greg is due to film his first series of ‘Greg Chapman’s Magic Show’, for release later in 2021.

The Isle of Wight is a magical place - why not add some extra magic to your visit with a performance of ‘Greg Chapman’s Magic Show’?